A letter from Holly Valance, international model, singer and actress: 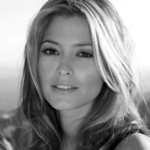 I first learned of Disability Rights International after its Serbia story was shown on NBC News. To say I was affected by the images would be an understatement. I guess you don’t know what you don’t know, but now that I do, I can never be the same.

Huddled over my laptop sobbing, I wrote to the organization offering to be of any service I could. As I learned through further educating myself with Disability Rights International’s reports and discussions with staff, I realized this is not only a mental disability rights issue – but a human rights issue.

They are God’s children too and they need to be protected. They deserve every right and opportunity you or I have and it’s simply not good enough to sit back and hope someone else will fix it, or it will go away. It won’t.

The work Disability Rights International does is so important – any kind of support is crucial and pivotal to changing the conditions, laws and mindsets of the countries affected. I lie awake at night sick to my stomach about what goes on in these institutions and Disability Rights International is the one on the frontline making these changes possible. They are truly angels – and they need our help. If there was ever a worthy cause that can make the world a better, safer, more compassionate place, this is it. I’ve always been very drawn to helping those without voices, the ones who don’t get a say; the ones who are not seen or heard but kept away in poverty and shame; treated worse than animals.

They are God’s children too and they need to be protected. They deserve every right and opportunity you or I have and it’s simply not good enough to sit back and hope someone else will fix it, or it will go away. It won’t. It takes hard work, perseverance and funding to change an enormous issue like those tackled by Disability Rights International daily.

If you know now, please help.

Make a truly meaningful decision to be part of something life changing for millions of people. While you curl up in your warm and safe bed tonight, imagine the torture being inflicted daily on these unfortunate souls because not enough of us know.

It’s disgusting – and you are somewhat responsible if you learn about it and do nothing.

This has got to stop. It can not go on.

I am so truly honored, humbled and proud to be associated with Disability Rights International.

About Holly Valance: Holly Valance, international model, singer and actress, hails from Australia. She began modeling at age twelve and began her acting career shortly thereafter on her favorite TV series, “Neighbours” as ‘Felicity Scully.” While shooting the series, Holly pursued her other passion, music. After being signed by London Records, her first single “Kiss Kiss” went straight to Number #1 in Australia and the United Kingdom, followed by hits “Down Boy” and “Naughty Girl.” She released her first album “Footprints” later in 2002 and spent the next two years travelling Europe and Asia promoting it, while also making her sophomore album “State of Mind” released in 2003.In 2005, Holly starred in the film “DOA: Dead or Alive.” Additionally, she has played memorable roles in “CSI: Miami,” “Prison Break”, HBO’s “Entourage” and CBS’s “Moonlight.” In 2008, she acted alongside Liam Neeson in “Taken.”Valance resides in London and continues to volunteer her time and efforts with Disability Rights International.