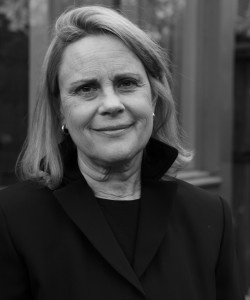 Prior to joining IJM, Ms. Burkhalter was for nine years the U.S. Policy Director of Physicians for Human Rights, a Boston-based human rights organization specializing in medical, scientific, and forensic investigations of violations of internationally recognized human rights.

Holly Burkhalter graduated from Iowa State University in 1978 (Phi Beta Kappa) and received the University’s “Outstanding Young Alumnus” award in 1984.  Ms. Burkhalter was appointed by President Clinton and confirmed by the United States Senate to be a member of the board of the U.S. Institute for Peace, where she served from 2001-2008.