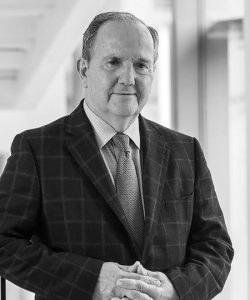 Juan E. Méndez is a Professor of Human Rights Law in Residence at the American University – Washington College of Law, where he is Faculty Director of the Anti-Torture Initiative, a project to WCL’s Center for Human Rights and Humanitarian Law. He was the UN Special Rapporteur on Torture and Other Cruel, Inhuman and Degrading Treatment or Punishment between November 2010 and October 31, 2016. He is the author (with Marjory Wentworth) of “Taking A Stand: The Evolution of Human Rights” (New York: Palgrave MacMillan, 2011). In early 2017 Professor Méndez was elected Commissioner of the International Commission of Jurists, Geneva, Switzerland. In February 2017, he was named a member of the Selection Committee to appoint magistrates of the Special Jurisdiction for Peace and members of the Truth Commission set up as part of the Colombian Peace Accords. He was an advisor on crime prevention to the Prosecutor, International Criminal Court from 2009 to 2011 and Co-Chair of the Human Rights Institute of the International Bar Association in 2010 and 2011. Until May 2009 he was the President of the International Center for Transitional Justice (ICTJ). Concurrent with his duties at ICTJ, the Honorable Kofi Annan named Mr. Méndez his Special Advisor on the Prevention of Genocide, a task he performed from 2004 to 2007.

A native of Argentina, Mr. Méndez has dedicated his legal career to the defense of human rights, primarily in the Americas. As a result of his representation of political prisoners, the Argentinean military dictatorship arrested him and subjected him to torture and administrative detention for more than a year. During this time, Amnesty International adopted him as a “Prisoner of Conscience.” After his expulsion from his country in 1977, Mr. Méndez moved to the United States. For 15 years, he worked with Human Rights Watch, on human rights issues in the western hemisphere from 1982 to 1994 and, between 1994 and 1996, as General Counsel. From 1996 to 1999, Mr. Méndez was the Executive Director of the Inter American Institute of Human Rights in Costa Rica, and between October 1999 and May 2004 he was Professor of Law and Director of the Center for Civil and Human Rights at the University of Notre Dame, Indiana. Between 2000 and 2003 he was a member of the Inter-American Commission on Human Rights of the Organization of American States, and served as its President in 2002.

He has taught International Human Rights Law at Georgetown Law School and at the Johns Hopkins School of Advanced International Studies, and he teaches regularly at the Oxford Masters Program in International Human Rights Law in the United Kingdom, where he is a Visiting Fellow of the Kellogg College. He is the recipient of several human rights awards: the Rafael Lemkin Award for contributions to the prevention of genocide by the Auschwitz Institute on Peace and Reconciliation (2010); the Goler T. Butcher Medal from the American Society of International Law (2010); the Louis B. Sohn and the Adlai Stevenson Awards from the UN Association of the US (Washington and Princeton Chapters); Doctorates Honoris Causa from the University of Quebec in Montreal (2006), the Universidad Nacional de La Plata, Argentina (2012) and the National University of Mar del Plata, Argentina (2015); the inaugural “Monsignor Oscar A. Romero Award for Leadership in Service to Human Rights,” by the University of Dayton (2000); the “Jeanne and Joseph Sullivan Award” of the Heartland Alliance (2003); the Letelier-Moffitt Human Rights Award of the Institute for Policy Studies (2014); and the Eclipse Award of the Center for Victims of Torture (2016).

His current field of practice is International Human Rights Law, with expertise in Transitional Justice, Prevention of Genocide and Mass Atrocities, Rights of Persons Deprived of Liberty, and the Right to Personal Integrity. Mr. Méndez is a member of the bar of Mar del Plata and Buenos Aires, Argentina, and the District of Columbia, U.S., having earned a J.D. from Stella Maris Catholic University in Argentina and a certificate from the American University Washington College of Law.