June 18, 2014 – Washington, DC – Last weekend, the New York Times shined a light into the dark corners of Cambodian orphanages, where local activists have uncovered the widespread exploitation of children in orphanages to attract donations from international donors. The money-making scheme pulls children from poor and vulnerable families who are promised better lives for their kids. Instead–these children find decrepit conditions, sexual abuse, and staff who showcase their vulnerability in order to bring in foreign dollars.

Today, DRI President Laurie Ahern’s response was published by the New York Times. “Luring poor and vulnerable families to give up their children in exchange for a better life for them in an orphanage is a problem not only in Cambodia but also around the world,” Ahern writes. In order to protect the 8 to 10 million children in orphanages around the world, “Donors need to stop funding the building of orphanages and instead fund programs that will keep families intact.”

DRI’s World Campaign to End the Institutionalization of Children calls for an end to international funding to build or rebuild orphanages. Donors– governments, churches and individuals– need to support families, not orphanages. 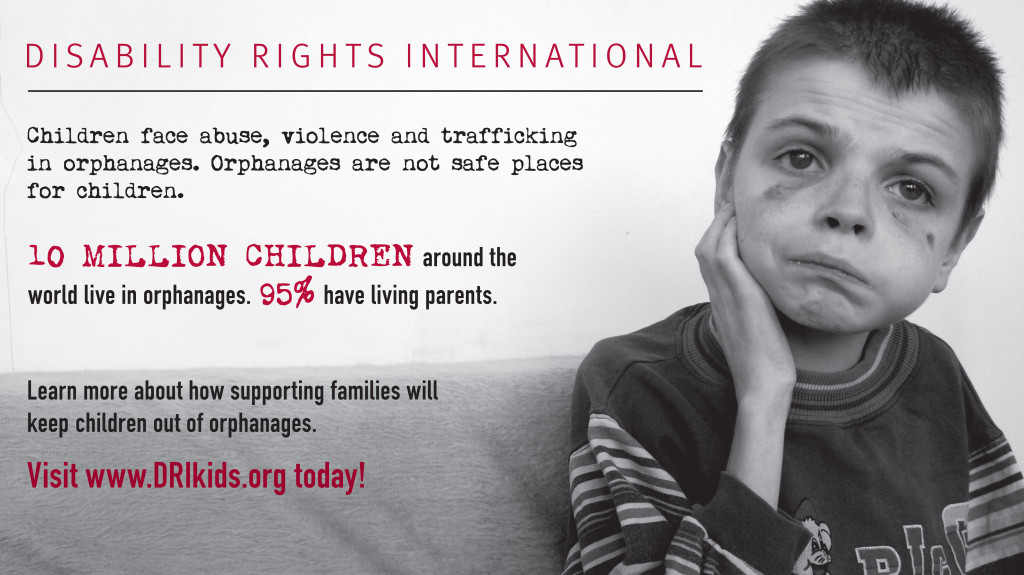