Washington, DC – November 28, 2012 – The Inter-American Commission on Human Rights of the Organization of American States (OAS) announced its ruling on an emergency “precautionary measures petition” filed by Disability Rights International (DRI) and the Office of Human Rights of the Archdiocese of Guatemala City (ODHAG) on behalf of more than 300 children and adults at Federico Mora Hospital, Guatemala City’s psychiatric facility, a dilapidated collection of buildings adjacent to a large penitentiary facility at the edge of the city.

DRI documented life-threatening abuses against children and adults in the facility, as well as trafficking of women for sex. The risk of physical and sexual abuse is so high that newly admitted minors are kept in isolation cells and adult women are locked in wards. Deaths in isolation rooms are common and people die from treatable infections because they are denied medical care. HIV exposure is widespread, and it is impossible to protect people admitted to the facility from exposure, given the high level of sexual abuse in the facility.

Armed guards – stationed at the institution to watch over “criminally committed patients” – roam freely throughout the facility and are alleged by both staff and patients to be the worst perpetrators of abuse and violence. Federico Mora houses people with both intellectual and psychiatric disabilities, many of whom have been abandoned for the rest of their lives.

“This is an inherently dangerous facility, and no new admissions should be allowed,” says DRI Executive Director Eric Rosenthal. “It is not a safe place for people with mental disabilities – or anyone. Everyone in this facility could be immediately moved to safe places in the community – starting with the children and women, who are most at-risk.”

“We found a climate of terror. Even authorities at the hospital are afraid of their own staff.  Authorities told us they cannot remove known abusers because they fear they will be killed or threatened by gang members due to the links between staff and the Mara Salvatrucha,” observed DRI attorney and investigator Sofía Galván.

The Inter-American Commission called on the Guatemalan government to take “[i]mmediate preventive measures aimed at protecting all patients, particularly women and children, from physical, psychological and sexual violence by other inmates, guards and hospital staff.”

“In light of the State’s failure to recognize the inherent dignity of people interned at the hospital, the Commission’s authorization of precautionary measures is a great step forward, offering protection from the abuses to which these individuals are subjected,” stated Francisco Urízar Pérez, Legal Director of ODHAG.  “We hope, by working with the authorities of relevant government Ministries, we can create tangible benefits for people detained at the hospital.”

“This ruling is of great importance for people who are detained in institutions throughout the Americas. It puts governments on notice that it is no longer acceptable to put away children or adults with disabilities and expose them to grave dangers. Guatemala is under an immediate international obligation to provide essential protections,” says DRI Executive Director Eric Rosenthal. 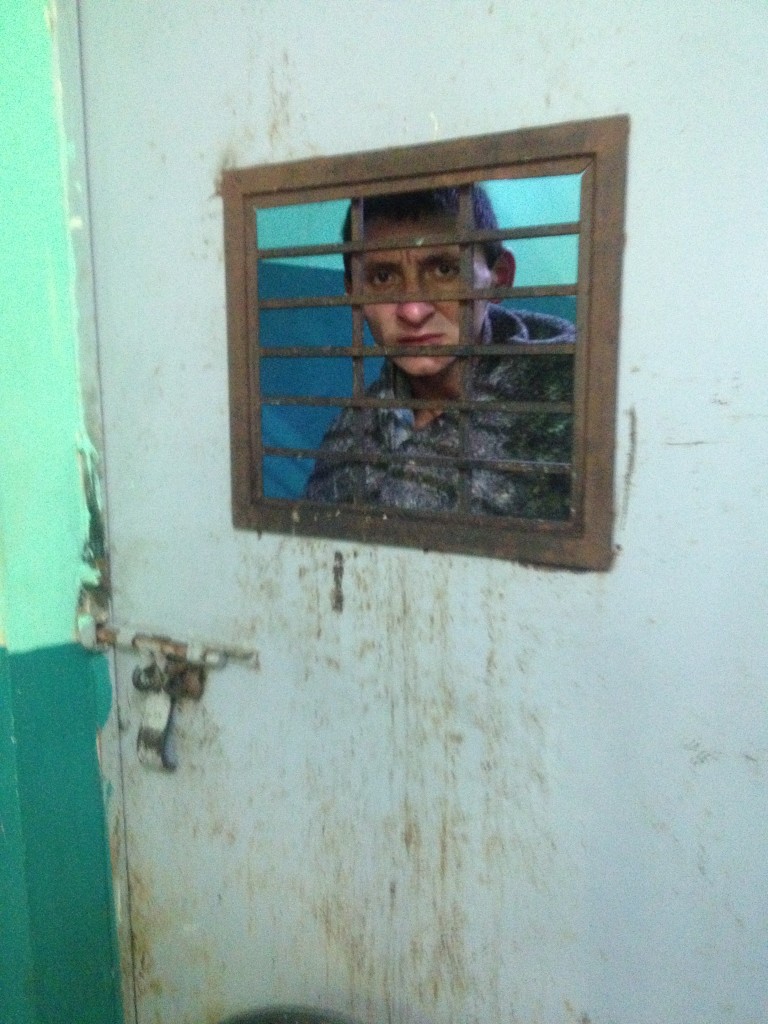 There have been multiple deaths in isolation cells in Guatemala City’s psychiatric hospital. Conditions of confinement constitute nothing less than torture.

The Associated Press incorrectly cited us for a statement that 300 children are detained in isolation at the Federico Mora psychiatric hospital in Guatemala City.   This is incorrect and we have formally requested a correction.  We did find children in the Federico Mora hospital, which has a total population of just over 300 people.  Most of the population are adults.   DRI found a few adults in isolation during the time of our visits to the institution as well as one minor — a 16 year old boy.