Orphanages are no place for children

Join our Worldwide Campaign to End the Institutionalization of Children!

After years of fighting abuses against children on a country-by-country basis, Disability Rights International has gathered much evidence that the institutionalization of children with disabilities is a worldwide problem. Over the past 20 years we have documented abuses against children in over 25 countries in the Americas, the United States, Eastern Europe and Russia, the Middle East and Asia. The dangers of institutionalizing children are pervasive and take place all over the world, including well-resourced, developed countries. Disability Rights International is calling for an end to the institutionalization and abuse of children.

The goal of the Worldwide Campaign to End the Institutionalization of Children, is to challenge underlying policies that lead to abuses against children on a global scale. One of the main drivers of institutionalization – particularly in developing countries – is the use of misdirected foreign assistance funding to build new institutions or rebuild old crumbling facilities, instead of providing assistance and access to services for families who want to keep their children at home. Disability Rights International will document the role of international funders in perpetuating the segregation of children with disabilities.

Locked away and forgotten

Children with disabilities around the world are locked away in institutions and forgotten – many from birth. We have seen children left permanently tied into cribs and beds where many die. Some die from intentional lack of medical care as their lives are not deemed worthy. Some die from lack of touch and love. Most in these conditions never make it to adolescence. And those who do are condemned to a lifetime inside the walls of an institution just for having a disability. Children with disabilities are rarely eligible for foster care in countries where it is available and parents who do want to keep their children with a disability almost never receive any help or support. And governments and international donors spend millions worldwide building and rebuilding these torture chambers for children with disabilities instead of supporting families, substitute families when necessary and community services and education.

I think putting a child in a long-term institution is an act of abuse[…]. The cognitive abilities are lower, their growth is terrible and their brain development is abnormal as well[…]. The psychological damage caused by institutionalization is likely to last a lifetime.

— In Mexico, there is almost no official oversight of children in private institutions, and children have literally “disappeared” from public record. Preliminary evidence suggests that children with disabilities have been “trafficked” into forced labor or sex slavery;

— In the United States, children with autism and other mental disabilities living at a residential school in Massachusetts are being given electric shocks as a form of “behavior modification”;

— We have found children with autism in Paraguay and Uruguay locked in cages;

— In Turkey, children as young as 9 years old were being given electro-shock treatments without anesthesia until we exposed the barbaric treatment;

— In Romania, we found teenagers with both mental and physical disabilities hidden away in an adult psychiatric institution – near death from intentional starvation. Some of the teens weighed less than 30 pounds;

— In Russia, we uncovered thousands of neglected infants and babies in the “lying down rooms,” where row after row of babies with disabilities both live and die in their cribs.

— In almost all institutions with children, we find them rocking back and forth, chewing their fingers or hands or gouging at their eyes or hitting themselves – all attempts to feel something rather than nothing and a reaction to total sensory deprivation and a lack of human love or contact;

Instead of providing children with the families or caregivers and the love they need, children in institutions are tied into cribs and chairs, tethered into strait jackets, wrapped tightly into blankets, and hands covered completely in plastic bottles, causing more pain to a child already living a horribly abused and neglected life.

Please support our campaign by making a donation.

Read DRI President Laurie Ahern’s op-ed on the Worldwide Campaign to End the Institutionalization of Children in The Washington Post. 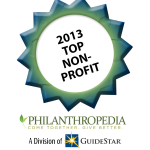