Holly Valance, DRI’s International Ambassador – and a UK based actress, singer and television host – and her husband Nick Candy, a developer and international entrepreneur, have been incredibly supportive and generous benefactors to the work of DRI for many years. They are both fiercely committed to the human rights of people with disabilities and have a special place in their hearts for the plight of institutionalized children. 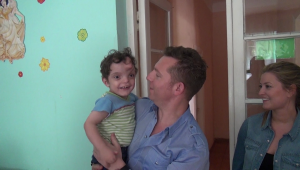 Nick Candy and Holly Valance in an orphanage in Eastern Europe.

Holly and Nick have traveled with DRI staff to Eastern Europe and the Former Soviet Union to visit orphanages firsthand, where poor and disabled children are often left for a lifetime. And they support DRI’s Worldwide Campaign to End the Institutionalization of Children. Learn here why no child should grow up in an orphanage. 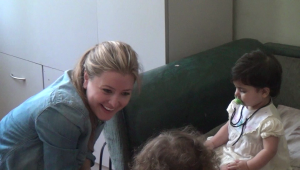 In 2013, the pair hosted their first event for DRI, the “Summer in the City” dinner, held at their beautiful London penthouse, with views across the city. Ambassador Holly made an impassioned speech to her audience – which included 70 very influential guests – and then played a short video which she produced from the couple’s visits to orphanages with DRI. The event was a huge success!

And the pair continues to care deeply about children locked away and forgotten and their work with DRI. We are eternally grateful. 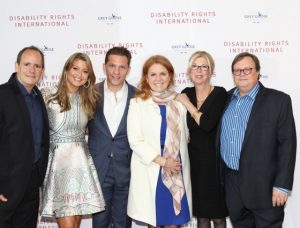 Watch the video that Holly produced below.