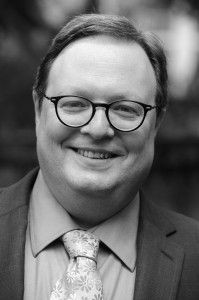 Rosenthal has served as executive director of DRI since creating the organization in 1993. He has taught at Georgetown Law in the areas of disability, human rights, and public interest advocacy; served as an advisor in the Public Interest Law Scholars program; and most recently served as the 2015-2016 Robert F. Drinan S.J. Visiting Professor of Human Rights. He has been a consultant to the World Health Organization (WHO), UNICEF, and the National Council on Disability (NCD). Rosenthal has trained human rights and disability activists in more than 25 countries, conducted investigations, and provided assistance to governments and international development organizations worldwide.

In 2007, Rosenthal accepted the Thomas J. Dodd Prize in International Justice and Human Rights on behalf of DRI. In 2008, he received the Henry A. Betts Award from the American Association of People with Disabilities (AAPD) for “pioneering the field of international human rights advocacy for people with disabilities and bringing unprecedented international awareness to their concerns.” In 2013, he received the Charles Bronfman Prize, awarded annually to a young humanitarian whose work is informed by Jewish values and has global impact that changes lives and inspires others.