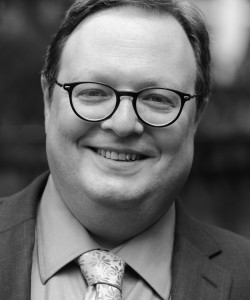 Eric Rosenthal, JD, LL.D (hon.), is Founder and Executive Director of Disability Rights International (DRI). Since establishing DRI in 1993, Rosenthal has trained human rights and disability activists and provided assistance to governments and international development organizations worldwide. Rosenthal has conducted investigations and trained activists in more than 25 countries. DRI reports have brought worldwide attention to the rights of people with disabilities (see www.DRIadvocacy.org for reports and press coverage).

Rosenthal has served as a consultant to the World Health Organization (WHO), UNICEF, and the US National Council on Disability (NCD). On behalf of NCD, he co-authored US Foreign Policy and Disability (September 2003), a report that led to legislation to make US foreign assistance accessible to people with disabilities. The report calls on the United States to extend the enforcement of US disability rights law to all US government-funded programs abroad.

In 2013, Rosenthal received the Charles Bronfman Prize, which is awarded annually to a young humanitarian whose work is informed by Jewish values and has global impact that changes lives and inspires others (see our press release announcing the award.) In 2008, Rosenthal received the Henry A. Betts Award from the American Association of People with Disabilities (AAPD) for “pioneering the field of international human rights advocacy for people with disabilities and bringing unprecedented international awareness to their concerns.” The adoption of the UN Convention on the Rights of Persons with Disabilities is, according to AAPD, “in no small part due to Rosenthal’s role promoting disability rights as a human right.”  In 2007, Rosenthal accepted the Thomas J. Dodd Prize in International Justice and Human Rights on behalf of Disability Rights International.

Rosenthal was awarded a Doctor of Laws, Honoris Causa, by the Georgetown University Law Center in 2016. He received a law degree cum laude from Georgetown University (1992) and a BA with honors in Politics, Economics, Rhetoric, and Law from the University of Chicago (1985). Rosenthal has served as an advisor in the Public Interest Law Scholar’s program of the Georgetown University Law Center and has been an adjunct professor of law in public interest advocacy. Rosenthal is a board member and former Vice-President of the US International Council on Disability (USICD), and he chaired the USICD Committee working for US ratification of the UN Convention on the Rights of Persons with Disabilities (CRPD).