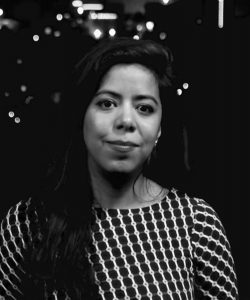 Priscila Rodríguez Benavides (LLM) is Associate Director for Advocacy in DRI’s Washington DC office. Prior to this position, she was Director of DRI’s Mexico and Central America regional office (2016-2017) and Director of the Women’s Rights Initiative for the Americas (2012-2017).

Priscila Rodríguez has served as a Human Rights Officer and Mental Health Specialist for the United Nations High Commissioner for Human Rights (2017) and as an expert on sexual and reproductive rights and disability for the United Nations Population Fund (2015). She has also been a Faculty Member of the International Disability Law Summer School at the National University of Ireland (2015).

Priscila Rodríguez has led DRI’s legal work in the Americas before the Inter-American Commission on Human Rights and has filed ground breaking cases on the rights of children and adults with disabilities in the region. She has also led human rights investigations in Mexico, Guatemala and Kenya and has published several human rights reports.  In 2015 Rodríguez she designed one of the first human rights investigations to employ women with psychosocial disabilities as researchers to document the sterilization and denial of sexual and reproductive rights of women and girls.