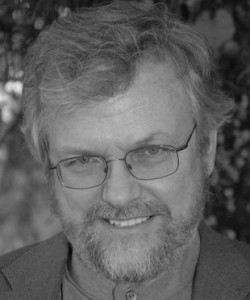 David W. Oaks, co-founder and former Executive Director of MindFreedom International, has been a psychiatric survivor human rights activist since 1976. David is also on the Board of Directors of the United States International Council on Disability and Oregon Consumer/Survivor Coalition.
“My recruitment room…”

David was born on 16 September 1955 in Chicago, Illinois, USA. All of his grandparents were immigrants from Lithuania. Both of his grandfathers were coal miners in rural Illinois before moving to Chicago.

David’s parents were working class, loving parents who both worked in offices. David had a brief encounter with mental health care after his high school graduation from St. Ignatius College Prep in 1973.

In the Fall of 1973 David attended Harvard University on scholarships, including one from his father’s Teamster’s Union.

In David’s sophomore, junior and senior year he experienced the psychiatric system. David was placed in psychiatric institutions five times. He was diagnosed both “schizophrenic” and “manic depressive” (now known as “bipolar”) and underwent forced psychiatric drugging and solitary confinement. David has been given neuroleptics (including Thorazine, Stelazine, Haldol, Mellaril, Navane), lithium, anti-depressants, etc.

It was while in a psychiatric solitary confinement cell in Bowditch Hall in McLean Hospital in Belmont, Massachusetts, that David decided he wanted, once freed, to take action to improve the mental health system.

A psychiatrist at McLean Hospital, a Harvard teaching institution, told David that because he had a genetically-caused chemical imbalance he would have to remain on powerful neuroleptic psychiatric drugs the rest of his life.

That psychiatrist turned out to be incorrect.