“The Guatemalan government has failed to protect children from family separation and has neglected to provide the supports needed for families to keep their children – especially children with disabilities,” said Priscila Rodriquez, DRI Associate Director.

It was just last year that DRI reported on the trafficking of girls for sex in the Hogar Seguro orphanage – where 41 girls died in a suspicious fire after protesting their forced prostitution. Now, one year later, DRI has found survivors of Hogar Seguro spread across Guatemala in abusive institutions while hundreds still remain unaccounted for – many of whom, DRI has reason to believe, have been trafficked. 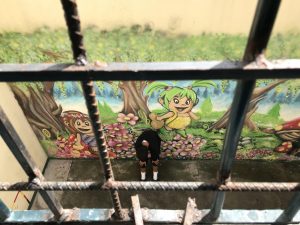 A boy in isolation in an institution in Guatemala City, Guatemala.

DRI also reports on the proliferation of private, faith-based orphanages supported by churches, volunteers, private charities and international donors. Volunteers and mission trips participants often pay thousands of dollars to visit an orphanage for a week, with the opportunity to interact with children.

“It is important to note that up to 95% of children in orphanages have parents and extended families. In Guatemala, where 50% of children under the age of 5 years don’t have enough to eat, it is poverty and the promise of food that push parents to give up their children. And as a result, children devoid of loving and protective families are at a greater risk of abuse and exploitation,” stated DRI Executive Director, Eric Rosenthal.

“Building, donating or volunteering at an orphanage may seem like a good thing to do, but it is a main driver of breaking apart families in developing countries,” said Rosenthal, “and donors should not require parents to relinquish their children to get food or other assistance.”

DRI’s Guatemala investigation also found conditions for children with disabilities in institutions extremely dangerous. Children tied in restraints and locked in cages – and most will never leave institutions until they die.

Read the full report in English and in Spanish on DRI’s website.